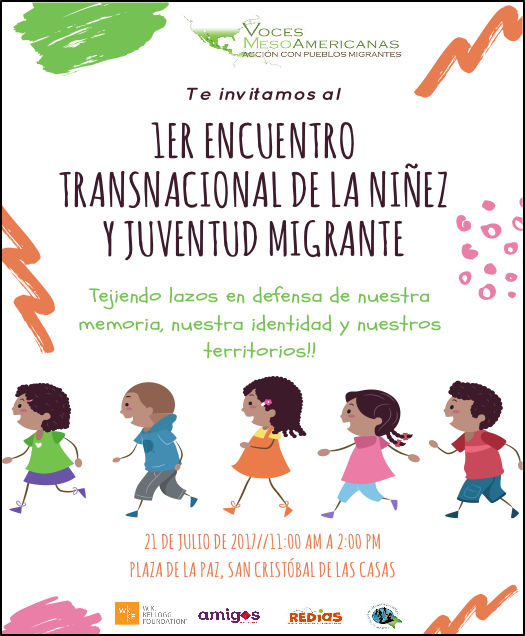 With the proposal of being organized in a global collaboration network, the First Transnational Encounter of Children and Migrant Youth. Creating ties in defense of our memory, our identity and our territories concluded last July 21 in the Cathedral Square of San Cristobal. The meeting was organized by Voces Mesoamericanas, one of the NGS supported by Amigos this year.

During three days, migrant children from Mexico, Guatemala and Honduras, and participants from France and Germany worked with great enthusiasm to make a deep participatory analysis of the right to human mobility and its identity as migrants, but also on the right to stay and to the roots. Among other things, they concluded that migration is becoming increasingly dangerous, which means that it is a more profitable business day by day. “We are hurt and angry at these migrations,” they said, “and that is why we want to think about a better way to migrate and defend people who migrate, because it is a right.”

With such approaches, the children and young came to the conclusion that, just as there is a good living within their community cultures, there is also a good migration (which enhances the prospects) and a bad migration (which literally takes our life away). They suggested that a good migration, with information and rights, enhances the heart and the thoughts to improve our communities, schools, roads and hospitals.

“We are saddened to see how the borders get bigger, how our migrant brothers and sisters hurt their feet, are persecuted and mistreated by policemen, coyotes and bosses who abuse them,” said the final statement of the meeting. They announced that their goal is to organize themselves into a network of transnational collaboration that helps to change gender relations, to recover their memory and to live in happiness and with rights to remain in their territories and to migrate without violence. In this sense, they pointed out that:

“We dream of living in a world without violence where borders are places of coexistence and not zones of death and separation; We dream that young people can express themselves freely, without fear of being persecuted or killed …

“We believe that one of the main ways to make these dreams come true is by meeting, getting to know each other and organizing. We also believe that it is important to defend our territories and our cultures, because even if we migrate, we continue to belong to our communities.”

The meeting was closed with a play performed by the migrant boys and girls themselves and a reflection table with the participation of municipal, state and federal officials (responsible for child care programs), representatives of civil society and several of the participants in the event. 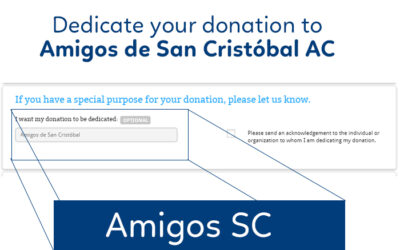 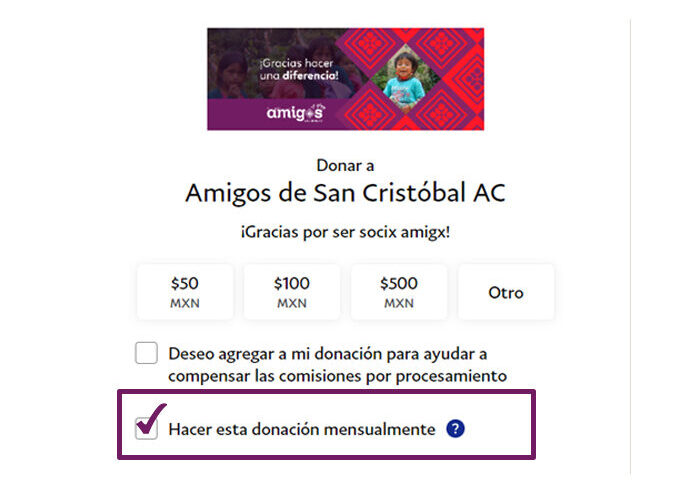 If you want your donations in USD or tax deductible in the United States, donate through: